Climate Change Will Force Us to Rethink Migration and Asylum 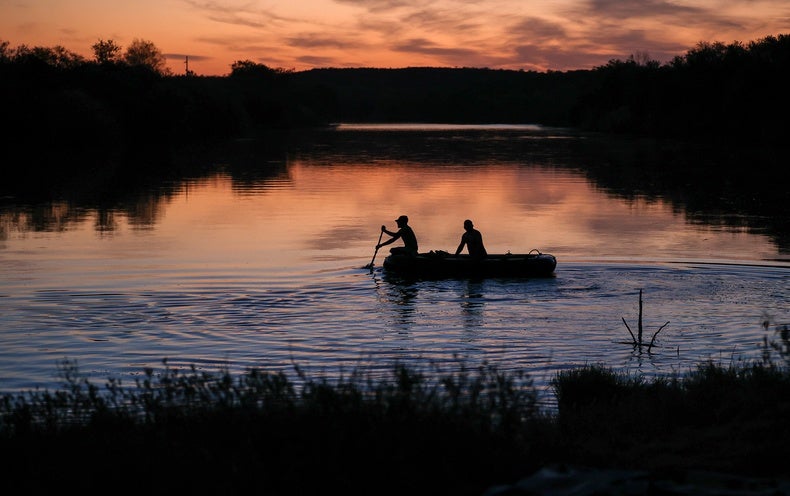 Climate Change Will Force Us to Rethink Migration and Asylum

It will become increasingly untenable to reduce U.S. immigration and asylum policy to a question of border security

More than 170,000 migrants were apprehended at the US-Mexico border in March, the highest number in a decade. Many of those are unaccompanied minors, and the Biden administration has scrambled to find accommodations for them, sending hundreds of kids to temporary shelters in convention centers and other ad hoc facilities. Conservative politicians and pundits have blamed Biden for “luring children to the border” by relaxing Donald Trump’s harsh immigration policies, describing the situation as “Biden’s border crisis.”

The narrative of crisis at our southern border is hardly new. Nor is the inhuman treatment of asylum seekers, particularly children, which is a perpetual feature of an immigration system designed to be punitive. The real crisis isn’t the number of people attempting to cross the border: It’s the combination of violence, poverty, and environmental disasters in the countries in Central America that asylum seekers are fleeing. Most people are coming from Honduras and Guatemala where, last November, two major hurricanes leveled homes, contaminated water systems, and destroyed farms, displacing an estimated 9 million people. Even before the hurricanes persistent drought had created a hunger crisis and made life impossible for many subsistence farmers.

Border crossings tend to follow a cyclical pattern shaped by numerous factors, but particularly by conditions in migrants’ home countries. What is happening now is not so different from previous spikes in the number of children crossing the border in 2014, during Barack Obama’s presidency, and in 2019, under Donald Trump. Then as now, many are fleeing violence and poverty. But environmental stressors are increasingly a contributing factor.